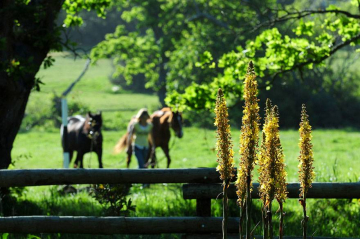 The Maidu Indians migrated to Penn Valley from the Sacramento Valley in 1833, and settled in four camps.  Their settlement sites are now known today as Bridgeport, Lake Wildwood, Mooney Flat and Indian Springs.

Discovery of gold in 1848 brought the first white settlers to Penn Valley, which is believed to be the earliest settlement in Nevada County.  The area grew partly due to its proximity to the freight wagon route which was established between mining regions from Sacramento to the east. Blacksmithing and livery services made Penn Valley an important stop along this route.

As discouraged miners turned to agriculture, the area grew even more.  This fertile land brought forth fruits and vegetables and soon farmers began raising dairy cattle.  Penn Valley became known as the ‘Pantry of the Northern Mines’ supplying fresh fruit, vegetables and meat to the freight wagons traveling through to the mines.  By the late 1800’s the local creamery was completed and it became one of the best known in the state.  Today you can tour the rebuilt Butter Maker’s Cottage in Western Gateway Park.  Western Gateway Park offers 87 acres of beauty and fun for families and people of all ages.  It has a stage pavilion, picnic pavilion, sweeping lawns, and an amphitheater.  Also featured are Horse Shoe pits, Bocce Ball courts, baseball fields, a basketball court, hand ball, walking paths and trails. 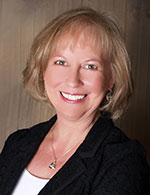